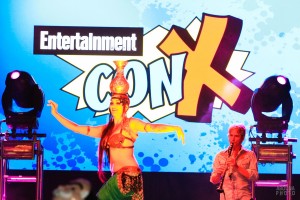 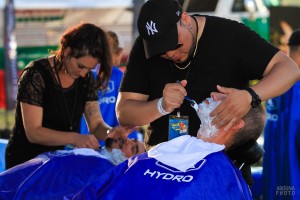 Antelope Entertainment provides production, marketing and promotion to create visceral entertainment services. Con-X. Antelope Entertainment was ideally suited to create the Con-X event for Entertainment Weekly and Comic-Con fans. The fan-first event took place place from Thursday July 21 through Sunday July 24, 2016, doing the week of Comi-Con. The event photography we provided at Con-X captured the excitement for the afternoon and evening of Friday July 22nd. 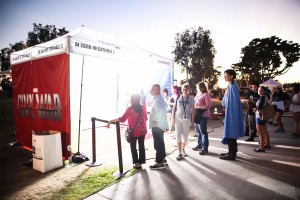 Event photography for Antelope Entertainment for Entertainment Weekly Con-X for visitors to relax and enjoy picnic areas, food trucks, phone-charging and hydration stations, plus a number of interactive sponsor booths and great entertainment. The event photography captured fans getting groomed at the Schick Hydro Super Shave Shop, getting treated at the SweeTARTS “Follow Your Tart” custom candy lab, having their photos taken in the PEOPLE/Entertainment Weekly Network Red Carpet photo booth, seeing chats with celebrities from movies, TV and comics at Entertainment Weekly Spotlight Stage, ordering custom free T-shirts, experiencing the photo booths for American Horror Story Hotel, and at Marvel’s Civil War, as well as having their photos taken with Kubo The Two Strings characters. 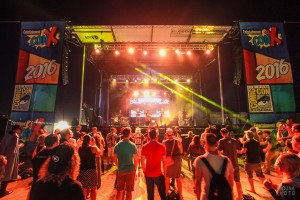 There was also a main stage for Entertainment Weekly Con-X, where musical entertainment was provided first by Gold Fish, then by Beats Antique. Beats Antique featured a great on-stage show with dancing, lighting, and a musical performance that the crowd really liked. The group is known for their experimental and varied genres of world fusion and electronic music. The photography captured the musicians performing a wonderful blend of percussion, stringed instruments and saxophone. Beats Antique’s musical performance also featured a fascinating and creative mix of dance performance, too.

In addition to my event photographer favorites photos in the post article from the shoot of the Entertainment Weekly Con-X, Antelope Entertainment received the full set of individually prepared photos that were captured for the Comi-Con related, San Diego event. The individual preparation of photos ensured that each image was adjusted for proper lighting, color, and visual appearance.