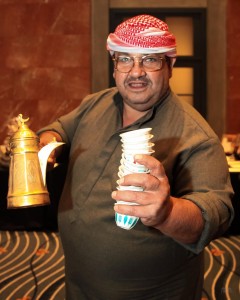 The Hyatt Regency La Jolla recently hosted another exciting event, this time for the “Spirit of Syria”, a cultural event to support the Syrian Refugees in San Diego. This special event was sponsored by the Leichtag Foundation and coordinated by Events by Gisele. The Leichtag Foundation also provided a dollar-for-dollar matching grant of up to $50,000 for donations made during the evening’s silent auction and bidding. I was delighted to be on hand to provide fundraising event photography in San Diego for this very worthwhile event. 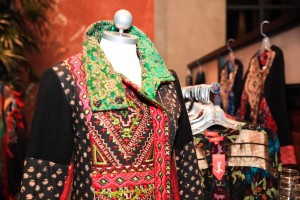 The event photography for this fundraising affair began just prior to the start of the event. First the various tables of the silent auction items were photographed, then the activity of guests arriving and mingling, as well as guest studying and bidding on the various auction items. The photography also captured the wonderful variety of Syrian cuisine that had been prepared and offered to the guests. Food and drinks were served by the delightful Hyatt La Jolla staff. And a special Arabic coffee service was offered by the Coffee Man. 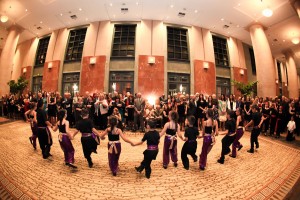 Before heading into the Aventine Ballroom for the start of the open bidding, meal, presentations and live entertainment, guests were first treated to a Folkloric Youth Show by the boys and girls of St George Antiochian Orthodox Church. During the show three separate groups of kids performed, while I moved about the foyer area capturing a nice variety of angles and perspectives for this part of the fundraising event photography in San Diego. 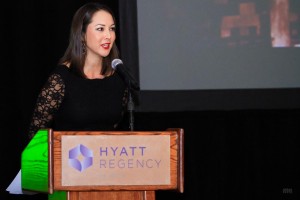 Once in the Aventine Ballroom of the Hyatt Regency La Jolla, the silent auction and open bidding for special items and services was set to begin. Also ready were Middle Eastern mezza from Amardeen and a plated dinner prepared by the Hyatt. With the evening’s program ready, it was time for host Mari Payton, Emmy Award Recipient and Lead Reporter for NBC7 San Diego, to kick things off. 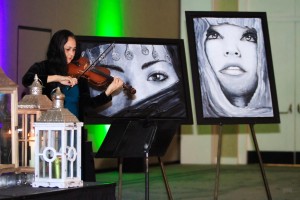 First, the event’s auctioneer Mike Hogan was introduced and then he orchestrated some initial bidding of items. Next, Ms. Payton introduced Dr. Alma Harb who discussed ‘What Syria Means to Me’. Dr. Harb was followed by violinist Francesca who played the ‘OLDEST SONG IN THE WORLD’. A song discovered in the ancient Syrian City of Ungarit in the early 50’s- (about 3400 years old). This and another song were played wonderfully by Francesca. 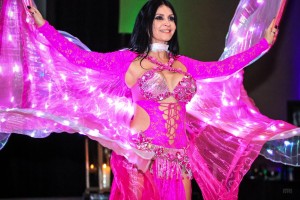 Following the violin guests were treated to Belly Dancing by Tarciana, who performed dancing to two songs. The audience really enjoyed Tarciana’s performance, whose moves were very skillful and artistic, and which accentuated beautifully by the wonderful attire she wore, some of which was lighted and appeared as a butterfly. The fundraising event photography really captured many great angles of the belly dancing. And it also captured great shots of the Dabke Performance and Sufi Dervish Whirling by Samo’s Folkloric Dance Group that were part of the Spirit of Syria program.

Next in the program was Filmmaker Elias Matar who spoke about, and showed, several clips from his film “Flight of the Refugees”. Mr. Matar’s film documents the journey of Syrian refugees as they travelled across several countries. Bayanne Mihtar also spoke about Syrian refugees but ones closer to home, as she explained some of the efforts of the local Syrian Community Network (SCN) in San Diego. More bidding was then hosted by Mike Hogan next, as well as more from Samo’s Folkloric Dance Group. With that, the dance floor was opened up to guests, with music provided by DJ Senar. 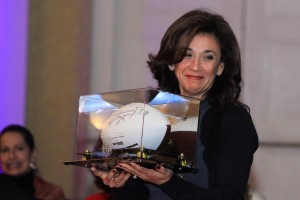 For this fundraising event photography, Event’s by Gisele received a password-protected online gallery of all images, each edited to ensure best quality. The gallery is ideal to share with attendees who will be able to view, download or prints images. In addition, all images were provided ready to download in two resolutions; a lower resolution for social media and web, and a higher resolution for printing. 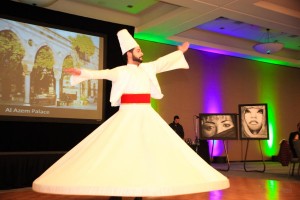 A number of photos from the event photography are shown in this post, but you can see the complete gallery of all Spirit of Syria at Hyatt La Jolla – Fundraising Event Photography in San Diego photos on my San Diego Event Photographer Client Galleries page (password required).

For more information about photography for events like this or for other types of events, please contact us at andrew@abounaphoto.com or 619-997-4707.