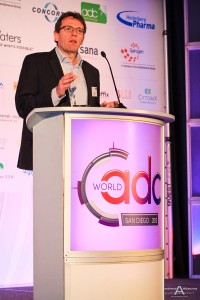 Conference photography captures the World ADC San Diego event at the Sheraton San Diego Hotel and Marina. World ADC San Diego was the definitive forum for sharing new antibody drug conjugate insights and data. World ADC was organized by Hanson Wade of London, England in the United Kingdom. The event photography provided visual and editorial documentation of presenters and experts sharing secrets about how they making innovations in ADC development. In addition to photographing the plenary and working group sessions, the conference photography in San Diego also captured speed networking, poster presentations, a social mixer, and an awards presentation.

A total of two days of conference photography was provided for World ADC San Diego at the Sheraton San Diego Hotel and Marina. The first day of event photography began with capturing presenters speaking to over 600 conference attendees in the main ballroom. Both wide, close and tight shots of the presentations and presenters were captured in order to provide a nice mix of conference photography shots. Similar types of shots were also captured for the Speed Networking sessions, and each of the three working group sessions that were featured simultaneously but in different meeting rooms at the Sheraton. 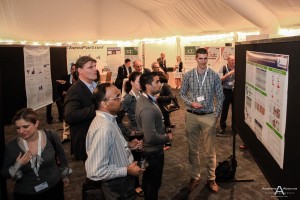 Later that first day, a poster session was also photographed, which included photography of the social and networking between conference attendees, as well as a raffle by one of the conference sponsors. The following evening we photographed the World ADC San Diego awards ceremony, which was also held at the Sheraton.

Many of the sessions, like the conference itself, was sponsored by a number of biotechnology, pharmaceutical, and biociences companies from around the world, including some from San Diego. Some of the World ADC San Diego sponsors included ADC Biotechnology, Concortis, Heidelberg Pharma, Mersana, Waters Corporation, Abzena, and Baxter, plus many others.

Hanson Wade contracted with AbounaPhoto to provide conference photography for World ADC San Diego in order to provide them with complete phot0-documentation of the conference. The final collection of images, some of which you can see in this article, will help Hanson Wade in their goal to accelerate progress within organizations and across industries. Hanson Wade’s primary method for achieving this goal is by creating exclusive business conferences that gather together the world’s smartest thinkers and doers. 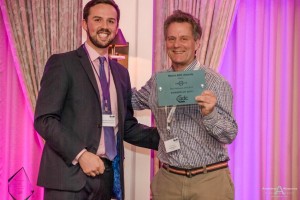 Photography products from the conference photography provided by AbounaPhoto included unlimited downloads of all captured images, each of which were edited to ensure best visual quality. The images were provided in both low and high resolution for use in social media or print publication, respectively. In addition, we also created a secure client gallery of the World ADC San Diego conference photography (password required) which Hanson Wade can use to share with conference attendees to help manage the dissemination of the conference images.

At AbounaPhoto, we provided complete event photography from start to finish, and we are delighted to have had this opportunity to photograph another medical-related conference. For more information about conference and event photography, please contact us.